A Leading Industrialist with International Presence 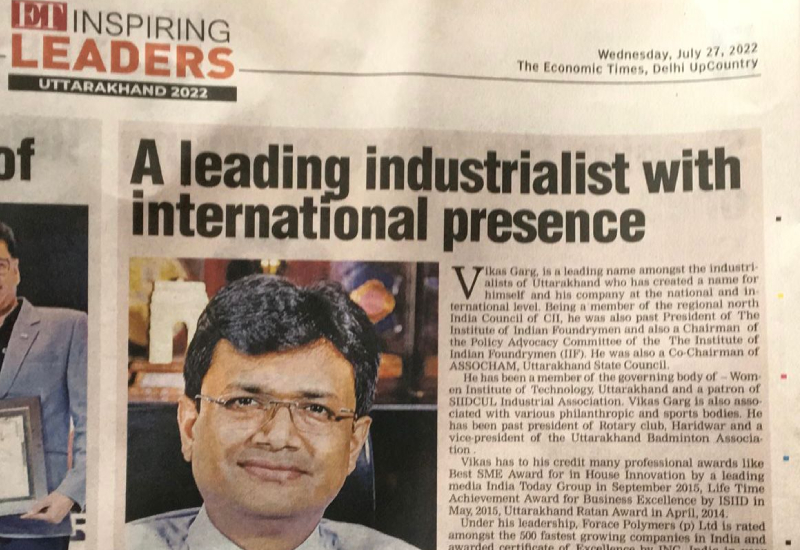 A Leading Industrialist with International Presence

Vikas Gark, is a lending name amongst the industrialists of Uttarakhand who has created a name for himself and his company at the national and international level. Being a member of the regional north India Council of CIl, he was also past President of The Institute of Indian Foundrymen and also a Chairman of the Policy Advocacy Committee of the The Institute of Indian Foundrymen (IIF). He was also a Co-Chairman of ASSOCHAM. Uttarakhand State Council.

He has been a member of the governing body of – Women Institute of Technology. Uttarakhand and a patron of SIIDCUL. Industrial Association. Vikas Garg Is also associated with various philanthropie and sports bodies. He has been past president of Rotary club, Haridwar and a Vice-president of the Uttarakhand Badminton Association.

Vikas has to his credit many professional awards like Best SME Award for in House innovation by a leading media India Today Group in September 2015, Life Time Achievement Award for Business Excellence by ISIID in May, 2015, Uttarakhand Ratan Award in April, 2014,

Under his leadership, Forace Polymers (p) Ltd is rated amongst the 500 fastest growing companies in India and awarded certificate of Excellence by INC. India in year 2011, Joining the company as a director in 1994, Vikas has taken the company to dizzy heights.